Come one and all to hear this year’s high school students compete in original five- to six-minute speeches for prizes of $400, $200, and $100.  Mark your calendars.  This event will leave you smiling.

Although admission is free, please register online with Eventbrite

This year the complete topic question asks:  What is gender bias and inequality?  What is its impact on people?  Why should organizations such as AAUW continue to work to change its practice?

Students are all from the regular nine high schools in the Elk Grove Unified School District.

Julie Steinberg is the guest speaker for the Feb. 25 Sacramento Branch Program. She will speak at 7 p.m. in the Carmichael Library Meeting Room, 5605 Marconi Ave., on the topic, “ A Mother’s Journey with her Daughter as they Faced Mental Illness.”

Steinberg is a member of the clergy at Congregation B’nai Israel in Sacramento.

She has been enriching B’nai Israel’s education programs and worship services for more than 16 years. She has an extensive background in both music and counseling.

She began her career in music as a young girl in the Peninsula Temple Sholom Youth Choir in Burlingame, where she also sang for many years in a quartet with Temple Sholom’s Cantor Barry Reich. She studied music at the San Francisco Conservatory of Music and Indiana University.

Steinberg holds a master’s degree in social work and served as a social worker for Jewish Family Services in Sacramento, working with seniors and families in the Sacramento region. She is married to former State Senate President Pro Tem and Sacramento Mayoral candidate Darrell Steinberg and is the mother of mental health advocate Jordana Steinberg and a son, Ari.

In August 2014, Jordana Steinberg was featured the Sacramento Bee feature story, “Jordana Steinberg: ‘A Story of Overcoming’ Mental Illness.” “It’s a story of overcoming, not hardship,” Jordana said in the article.

Please join AAUW Sacramento Branch members to hear Julie share her experiences as a mother in helping her daughter on this journey.

Register for free on EviteBrite

or by email to Dawn Boyd, darnone1@att.net.

Refreshments will be provided.

What: Sacramento Branch Meeting and Program

“Human Trafficking in the Sacramento Region”

The Sacramento area and the Central Valley is a hotspot for human trafficking. Federal agents

working out of the FBI’s Sacramento field office and local law enforcement in June 2014 rescued nine underage girls working as prostitutes and nabbed seven pimps as part of the Bureau’s Operation Cross Country program, which recovers exploited children. This was the sixth-highest total of recoveries of the FBI’s 54 field offices, officials said at the time.

The Sacramento County District Attorney’s Office has set up a special Task Force to address the issue with the public.  “It’s up to us to admit that Sacramento has an issue,” said Sacramento Mayor Pro Tem Angelique Ashby in a recent Sacramento Bee article. “An issue equates to an opportunity – an opportunity to be a leader.” 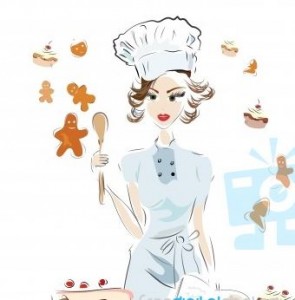 Linda Patterson and the program committee are working hard to have a very successful event on human trafficking in the Sacramento area. It promises to be a very informative evening. We anticipate a very good attendance, so as the chairperson of the refreshments for this evening, I am in need of help from our generous members of Sacramento AAUW. I am calling for bakers to bring cookies and sweet breads to this event on March 10. I plan to bake banana bread, poppy seed bread, etc., and freeze them ahead of time for the event.

Please e-mail to me at bookwoman52@gmail.com if you are able to bake three dozen cookies or one or two loaves of your favorite bread for this event. I will need six to eight people who can contribute. I will make sure to send out a reminder a week before the meeting, so that I can coordinate the donations. If you cannot attend the meeting but would like to contribute by baking, please let me know so that I can make arrangements for someone to come to your home to pick up your donation. Thank you so much. I look forward to seeing many of our members at this important meeting.

SHELLEY SHAVER received her BA in English/journalism from Southern Methodist University in Dallas and her MA in English/creative writing from UC Davis. Shelley works full time and is a part-time English professor.

CAROLINE WEST is a returning Sacramento Branch member. She received her BS in business from UC Berkeley and her MA in Economics from Harvard University. Caroline is retired and worked in institutional research (higher education administration). She lives in Carmichael.

Have you always had a secret desire to be an actress? Well, the Readers’ Theater interest group can help you explore that heretofore hidden corner of your personality. Every month, October through May, Readers’ Theater members read a play – with feeling! – munch on a dessert treat, and generally have a good time together. The plays, which are sent out by the Northridge AAUW Branch, span a wide range of comedies and dramatic offerings. Every December their tradition is to read a children’s book called The Best/Worst Christmas Play Ever. In June, they don’t act out, they dine out – at lunch.

Readers’ Theatre needs some new actors! If you would like to try it out, give long-time chair Diane Petersen a call at 916-214-4644 or email her at ladypetersen@earthlink.net. 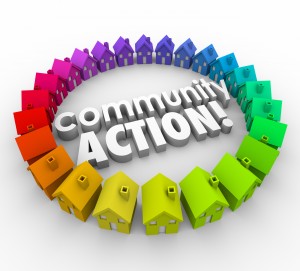 Since the inauguration of the Research and Projects Fund in 1972, AAUW has provided support to hundreds of communities around the United States to advance education and equality for women and girls. Palo Alto branch member Marie Wolbach founded Tech Trek in 1998 with the help of an AAUW Community Action Grant. Since then, AAUW of California has grown Tech Trek to 10 camps on eight college campuses across the state.

Some other recent projects are Camp GirlForward, which provided educational and leadership opportunities to adolescent refugee girls ages 14–19 who have been resettled in Chicago; and Opening the Door to Higher Ed for 1st-Generation Grads, a Florida project to help at-risk high school girls finish high school and go on to college. Of the 32 grants awarded in 2015-16, five are projects in California.

Why should the Sacramento Branch sponsor a Grant?

In 2020 the Sacramento Branch will be celebrating its 100th anniversary. In 2012, to honor this occasion, the Branch committed to raising $75,000 to fund a Community Action Grant. We are enlisting the help of other branches in this effort, as donations to AAUW Funds by our branch members have contributed to the completion of many grants through the years.

Once this endowment is complete, AAUW will invest the money, awarding the interest. Typically the interest from a number of endowments would be combined, as in the Florida example above where seven Florida endowments sponsored the grant. Our branch and its 100 years of service will be honored each time a grant is awarded. 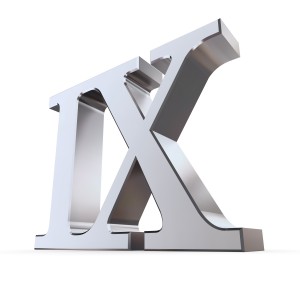 Title IX was presented at the last meeting as the most important piece of legislation for advancing women’s rights. This occurred 43 years ago, and we continue to celebrate the benefits as an amendment to the Civil Rights Acts under former President Lyndon Johnson.

These women and groups such as AAUW, NOW and Women’s Equity Action League provided not only the monetary support for research and hearings, but have held the continued spotlight on other inequities. Foremost are the inequities in education but also in sports, jobs, equal pay, and promotions on the job, just to name a few.

We are not there yet. We need to honor these women and our AAUW founders for their continued work and become a part of the process.

It’s Easy To Become a Two-Minute Activist – Sign Up Today! by Cherril Peabody

National AAUW has a great program called the Two-Minute Activist, sponsored by the AAUW Action Network. Periodically, they email participants information about a current AAUW focus issue that needs support or opposition and an already prepared letter for you to email to your elected representative. You can add your own comments or just send it as is with your signature and zip code. It truly only takes less than two minutes. To register, sign up here: https://www.aauw.org/what-we-do/public-policy/two-minute-activist/.

The AAUW Public Policy Committee has set a goal of recruiting at least half of our members to participate in this program. If you are already a Two-Minute Activist or if you sign up as a result of this message, please contact Cherril Peabody at capeabody@comcast.net and let her know. 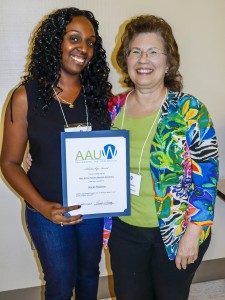 Sharay Robinson, awarded three scholarships by our branch, graduated Magna Cum Laude with a BS in Health Care Administration from California State University, Sacramento. Sharay was attending American River College when she received the Gloria Eriksson Scholarship for 2012-2013. She then transferred to CSUS where she received the Dalma Godt Memorial for 2013-2014 and the Donn and Mary Random Memorial Scholarship for 2014-2015. She is 30 years old and a single mother of three children. She had her first child at 14. I sent her a card and letter of congratulations when she graduated on Dec. 20. Here is what she had to say in response:

“There are not enough words to express my gratitude. I feel so blessed to have had the chance to complete my dreams of earning my degree. At the time when I applied for the 2nd scholarship, I felt like giving up because it was getting extremely hard. But, once I received the letter about being awarded it gave me so much hope. I want to thank you and your family for everything. Love, Sharay & God Bless” 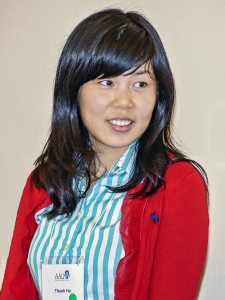 Thanh Ho, awarded two scholarships by our branch, graduated with a 3.6 GPA from CSUS with

a BS in Health Care Administration. She immigrated to Sacramento from Vietnam eight years ago with her mother, brother, and sister. For the last 20 years, she has been the caregiver to her mother, who is diagnosed with schizophrenia.

Thanh is currently working as an intern with Covered California. We received the following note from Thanh:

“I am so happy to have finally finished my BS degree, which has taken almost 8 years to complete. Your mental and financial support has given me more strength to overcome the many hardships and obstacles of my long journey. So please consider my achievement is also yours because, without your support, I might not have been able to finish on time. I am so proud to be a part of the Sacramento AAUW Chapter. I hope you will continue to provide support for other women who struggle to attain their educational goals while facing many difficulties in life.”

The Scholarship Committee will meet in March to select four 2016-2017 scholarship awardees. If you know any potential applicants, the application can be downloaded from the Scholarships webpage of the AAUW Sacramento website, or you can email Scholarship Co-Chair Anna Storey at mikeandamo@gmail.com with the applicant’s contact information and she will send her the announcement and application form.