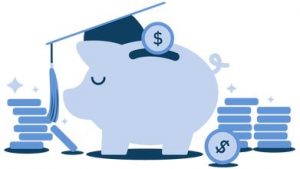 In the early days of the Sacramento branch, in keeping with our mission to empower women, financial aid became available to women over 25 who were working on completing their college education in Sacramento County and who demonstrated financial need. This aid was in the form of loans. Over time, collecting these loans became unwieldy and difficult, so the program shifted to the awarding of scholarships. The application has also evolved so that it is more specific and can now be completed online.

The early amounts were by today’s standards modest, but very helpful given the cost of education. In the 1970s, scholarships were $100. Gradually, the amounts of the scholarships rose to reflect the rising cost of education. Today, scholarships of $2,000 are awarded to women over 25 who are already enrolled in one of the Los Rios Schools (Sacramento City College, American River College, Folsom Community College, Cosumnes River College) or California State University, Sacramento and are working toward their first baccalaureate degree. In the past eight years, the Sacramento Branch has awarded approximately $58,000 in scholarship aid.

The Scholarship program has always been ably led by directors and committee members who have shaped the program to meet the changing times. The program will continue to grow and change as we look to the challenges of the 21st century. But always, the program exists because of the steadfast and generous support of our members.