One of AAUW’s most enduring contributions to the effort to help women break through barriers in research is through AAUW Funds. Each year, the Sacramento region’s InterBranch Council, composed of 7 branches, puts on a luncheon featuring two speakers from among the Funds recipients in Northern California. These women always grab our attention with their unique and interesting projects, their perspectives and their expertise.

Branches bring items for a silent auction, which then adds to the monies available for future grants and fellowships. This is an excellent way to participate in this crucial AAUW effort. 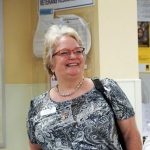 A very happy new year to all members of AAUW Sacramento. This year ahead promises to be full of change and tradition, progress, and probably regression, but certainly full of work toward gender equality, planning the future, reunion with friends, and hopefully good health for each of us.

Mark your calendars for these upcoming events. Information is available here in our Capital Ideas and also by E-blast. 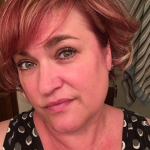 In last month’s issue of the Capital Ideas, Co-President Charmen Goehring wrote about the need for remaining active.

We need each and every member to do whatever she or he can do, as the branch organizes efforts:

The Nominating Committee is looking for members to take board positions. Please consider taking on a Co-Director position. AAUW Sacramento supports each member who takes the risk of serving; we can all learn new skills.

Leadership positions of Membership, Program, and Funds need you, as well as President-Elect and Secretary, are critical to the operation of the branch. To keep AAUW Sacramento strong and engaged in our community, please consider volunteering.

Here are the highlights of the November AAUW Sacramento Board Meeting, including written reports:

Co-President C. Goehring reported that she attended the Leadership Day on November 2. She also announced that the online deadline for National AAUW Board applications is November 22. Co-President L. Jordan reported that she accepted the resignation of K. Papst as Interest Groups Director and recruited a new director, Becky Anton. She also posted a report from the AAUW CA public policy director on the branch Facebook page about the bills AAUW supported in the state legislature and their status. She requested board discussion and eventual action on the new National priority of Economic Security, especially regarding the Work Smart and Start Smart programs.

Tech Trek Co-Director J. Reiken reported that the October branch meeting, which featured this year’s Tech Trek participants, was attended by 60+ members and guests and that the girls all gave outstanding presentations.

Program Co-Director C. Locke announced that Lisa Culp from Women’s Empowerment will present a program about homelessness among women and children on November 16. The time has changed for the Holiday Luncheon at Northridge Country Club on December 14. It is now set to begin at 10 a.m., an hour earlier than previously announced, and will finish up by 1 p.m.

Financial Review Committee Chair L. Patterson reported that this ad hoc committee has reviewed the AAUW Sacramento Fiscal Years 2017-18 and 2018-19. The review has been completed and the records have been found to be correct or have been corrected. The Financial Review is complete and in order.

Scholarship Co-Directors L. Patterson and A. Storey reported that they have been contacting the financial aid offices at the local community colleges and at CSUS with information about the branch’s application process for 2020-2021 scholarship awards.

Funds Co-Directors K. Asay and M. McLaughlin reported that the branch collected $4,659 for Funds with the dues payments last spring.

The 2010s began with the Sacramento branch’s involvement in a landmark case of Title IX in the Mansourian et al v. Regents of California et al. Several women enrolled at UC Davis on wrestling scholarships, but the men’s wrestling coach would not let them compete. They lost their scholarships and began a seven-year litigation, resulting in a partial win. Many of our members supported the women plaintiffs and attended the trial.

We co-sponsored the celebration of women winning the right to vote 100 years prior in California. Women had campaigned for 72 years, and the right was finally granted in 1911. We now are looking forward to the 100-year celebration of the national right to vote. Hopefully, the Equal Rights Amendment will pass this year.

The same year the first local Tech Trek was held at UC Davis with our Lisa Beauchamp as the camp director. They did a wonderful job of organizing, and we continue to send six girls annually. We would send more to this wonderful program if there was space available!

Our first Start Smart presentation was given to a Women’s Studies class at California State University, Sacramento. Our Speech Trek winner won at the state level in 2012, and our branch was represented at state finals several other times throughout the decade, as well.

We have had some very well attended events in these 10 years. Paths to Public Service was presented by Chief Justice of California Tani Cantil-Sakauye and former Secretary of State Debra Bowen. Four amazing experts presented on Human Trafficking in the Sacramento region, what was happening locally, and how the community was responding. Three large productions were fundraisers: Pride and Prejudice, The Unsinkable Molly Brown and Legally Blond. They were a lot of fun and raised money for our local programs. We had a tea honoring 17 past presidents who were present and five of our 18 50-year members.

We have given scholarships to career re-entry women and have been so proud of their success! We funded a $75,000 Sacramento 100th Anniversary Research and project grant and helped complete the $75,000 Alicia Hetman Research and Project Grant. Our members are very generous, as are other branches who contributed.

Part of our membership dues go to the national AAUW organization, and part of their mission is research. In this decade they have published many important studies, including Why so few: Women in Science, Technology, Engineering and Mathematics; Women in Community College: Access to Success; Deeper in Debt: Women and Student Loans; and The Simple Truth about the Gender Pay Gap. Throughout the decade, we have had interesting, well-attended programs on many of these issues.

The interest groups have remained mostly the same with a few starting or ending. Our membership has hovered around 250 with a high of 265, which is considered high both in the state and nationally. We can never take that for granted and need to actively recruit new members to maintain the vibrant organization we all love. 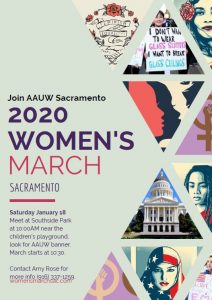 2020 is nearly upon us, and it is going to be an eventful year. The state legislature will reconvene in early January, we will celebrate the 100th anniversary of women getting the right to vote, as well as the most important election in our lifetime, where issues that matter the most to us are at risk. Primary elections are coming up March 3. Now’s the time to begin planning at the branch level how to address these activities in our communities. Women who vote can influence the outcome of an election!

What opportunities should be considered?

Voter Registration. AAUW CA is well-positioned to undertake voter registration, especially with our college/university relationships. Millennial women are an important target group. Research shows that a lack of information on the candidates and a lack of policy debates on issues of importance are the main reasons some millennial women don’t participate in the election process and may not even register to vote.

Join us on January 18 as we #MarchForOurHumanRights in Sacramento and around the world, as we show up to #BeCounted, and to demonstrate #WomenRising! Allied in spirit with Women’s March Global, we march for compassion, respect, and equity. Meet the AAUW Sacramento branch at Southside Park at 9 a.m. for a Women’s Civil Rights rally and resource fair. We leave Southside Park at 10:30 a.m. with the rest of the marchers and rally on the West Steps of the State Capitol at 11:45 a.m. More branch-specific information to follow. For questions, contact Public Policy Director Amy Rose or visit the official Women’s March Sacramento website. 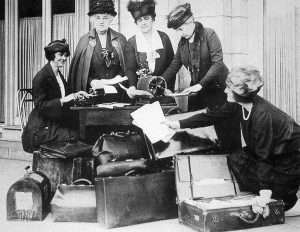 Get out your calendars and schedule Feb. 15 from 9 a.m. to noon to attend the Speech Trek Contest to be held at Cosumnes River College, Winn Room 150. This building is located off Bruceville Road. Parking is $2.

High school students from the Elk Grove Unified School District will be participating in our public speaking contest. The topic this year is ARE MEN AND WOMEN TRULY EQUAL TODAY? OR ARE THE SUFFRAGISTS OF 1920 STILL SUFFERING IN 2020? We hope to see you there! 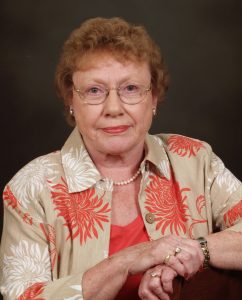 I have been a member of AAUW since about 2005 and have been on the board previously and was the chair of the late Healthy Heart Luncheon group. I am a retired Registered Nurse from the UCD Medical Center and again as a Faith Community Nurse from my church. I am very pleased to be a part of AAUW and our mission to support women of all ages in pursuing education and seeking justice for all women.

I regularly attend the Art and Architecture, the Gourmet Group and the Couples Dine-Out and find the interest groups a great way to get more acquainted with each other.

Currently, there are 14 interest groups, and they are listed in front of the Membership Directory and Handbook.