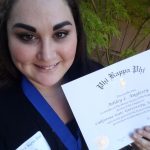 This is the first law of its kind in the United States, though similar laws have been enacted in Europe. As California is the fifth largest economy in the world, this bill has the potential to set an example for the rest of the nation and the world. The National Association of Women Business Owners-California, which sponsored the bill, states that “women business owners are CEOs who bring a diversity of thought, represent the majority of consumer purchasing power, and understand supplier/vendor relationships. As directors, we would be role models for aspiring women leaders inside corporations.”