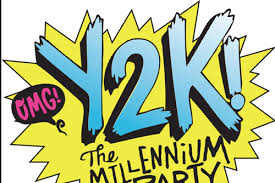 The 2000s decade was a busy one for AAUW Sacramento. We started the new decade and millennium with an 80th Anniversary Tea at Eskaton Village in February. We initiated new outreach projects, and we increased financial support for the ones we had thanks to lots of fundraising!

The branch started working with several agencies serving foster youth, providing filled backpacks and collecting other personal and household items for them. We sponsored the first branch Speech Trek contest in 2007-2008. The branch sponsored two Sister to Sister events during the decade for teenage girls, focusing on issues that affect their lives. We also sponsored two Moneywi$e Women conferences at CSUS during the decade.

We continued to meet with our interest and book groups. Singles Dining, Couples Dining and Film Fans groups started during this decade. We got to hear many articulate and entertaining speakers on a variety of subjects at our branch meetings. “Clean Money in Politics,” “Native American Women’s Issues,” “Images of Women in a Consumer Culture” and “Success Skills for Women” were just a few of the many topics. Sacramento Mayor Heather Fargo talked to us about current issues in the city. Women of the World (WOW) presented programs featuring women from other cultures who talked about their experiences.

Diminishing membership was a concern, nationally as well as locally, which resulted in the Sacramento Branch developing a strategic plan for the future of the organization. Though these concerns continued, at the end of the decade more than 200 members remained steadfast in their commitment to the branch mission.