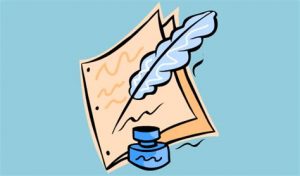 Reprinted from the Creative Writers Groups publication in 1985

Welcome to this gathering of the Creative Writers Section of the American Association of University Women, Sacramento Branch.

Creative Writers started shortly after the end of World War II when a few women who were already friends decided to meet one evening a month at one another’s homes and write. With pads and pencils, laps and lamps, quiet and concentration – they would write until 1 or 2 in the morning, with interruptions to read and criticize and encourage one another’s work.

The group included Phyllis Hyatt Gardiner, whose heartwarming book on her parents, “The Hyatt Legacy,” was printed in 1959. Alice Madeley Matthews’ Sacramento memories appeared as articles in the Sacramento Union. For her 90th birthday in 1984, the articles were compiled into a book titled, “I Remember – I Remember,” as a gift from the Country Day School, which she helped found. Dr. Catherine Patterson, professor at Sacramento Junior College, wrote of her childhood in a California lumber camp. Isabel Johnson compiled letters written from Java by her engineer father. Margarette Christian Moehr was a gifted English teacher at Sacramento High School.

Their happy enthusiasm attracted others into their circle. In 1946, Margarette suggested they should become a section of AAUW. By 1951, when she was president of the Sacramento Branch, Creative Writers Section was active and growing.

Through the years the Section became too large and divided into a Daytime Section, presumably for those who had retired from work-a-day jobs, and an Evening Section for those who preferred night meetings.

In 1963, the Section put together a SAMPLER of members’ writings. In 1966, SAMPLER ii was produced, and SAMPLER III came out in 1971. Most of our members also worked on the production of the Sacramento Branch opus, “Vanishing Victorians,” which absorbed our attention for some two years prior to 1973. Alice Matthews wrote the beautiful introduction for the book, a blend of Sacramento history, personal memory and poetry. We are all proud to realize that this book actually did stop the wanton destruction of Sacramento’s beautiful old homes.

The star of our Section was Margaret Craven, author of “I Heard the Owl Call My Name,” and writer of some 50 years’ worth of beautiful short stories. So modest! One awed member said to Margaret, “I am only a would-be writer,” “Oh, but we all are!” was her instant reply.

There are other remembered names – no, not just names – vivid personalities! I daren’t start to name them! But the Section takes pride in the knowledge that most of our writers have become “published,” in magazines, newspapers, and/or books.

A few years ago, with new members coming in, we discovered that as we read and talked we would learn some astonishing facts about each other’s lives. “I wish I had a vignette about each of you,” said Marilynn Moehring, then Chair of the Daytime Section. That was the beginning of the collection of intimacies.

As each was read, we found we all experienced that warm thrill of discovery.