The November AAUW Sacramento branch program will focus on our organization’s efforts to improve educational opportunities for women and girls. We will first hear from this year’s AAUW Sacramento Branch scholarship recipients, who will tell us about their education and career ambitions. We also expect to hear from the women our branch sent to the National Conference for College Women Student Leaders (NCCWSL). 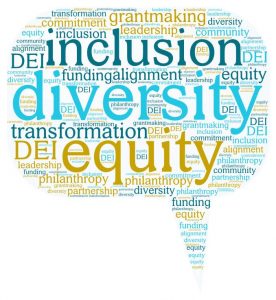 The program also will include a talk by new branch member Jennifer Krebsbach, who recently completed the eight-week AAUW National Social Change Ambassador Program. She will discuss how she first learned about AAUW and incorporated National’s research into her thesis. She will also give an overview of what she learned in the ambassador program, starting with defining and exemplifying social change. She will go in depth to explain intersectionality and unconscious bias. The goal will be to identify how we as a branch can use these ideas to help us identify areas that can change at the local level, the work we can do as a group and also as an individual.

There will be a bit of lecture, some individual activities, and a discussion time to brainstorm action items toward diversity, equity and inclusion (DEI).

The meeting will take place on Thursday, Nov. 18, at 7 p.m. via Zoom. The Zoom link will be sent to all who register prior to the event by clicking on Eventbrite.

AAUW Sacramento is accepting scholarship applications for the 2022-23 academic year.

Our scholarship program is listed on the financial aid office websites for the various campuses. Information also is provided to mentoring organizations, student services centers and community groups, including Women’s Empowerment and Saint John’s Program for Real Change. We encourage members to assist in outreach efforts by passing along information to other organizations and individuals that might be interested in the scholarship program.

Academic and other criteria for applicants are available at https://sacramento-ca.aauw.net/programs/scholarships. Applications may be completed and supplemental materials submitted using the link on the webpage.

Prospective applicants may direct questions about the program or application process to the Scholarship Committee at aauwsacramentoscholarships@gmail.com.

We will hear from our three 2021-22 scholarship recipients during our Nov. 18 branch meeting. All are recipients of named scholarships, awarded in memory of branch members and past presidents Ruth Ann Hines and Ruth Burgess, and past scholarship recipient Charlene Rasmussen. Mariana Arellano, a nursing major, received the Ruth Burgess Scholarship. Hassina Paiman, also a nursing major, was awarded the Ruth Ann Hines Scholarship, and accounting major Merranda Kairn received the Charlene Rasmussen Scholarship.

We are grateful to all our members, families and friends who have given so generously to our scholarship program.

Each year, AAUW Sacramento awards scholarships to women, congratulating them on their achievements and wishing them continued success, but typically we lose track of them after they graduate. Rarely do we learn how life plays out for them. 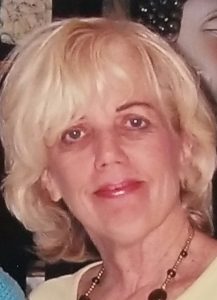 We were gratified in 2019 when former scholarship recipient Charlene Rasmussen contacted the branch and donated $4,000 to the scholarship fund in acknowledgement of the support she had received 45 years earlier. We have awarded scholarships in her name the past two years.

Rasmussen died April 7 in Coronado, Calif., where she had lived since moving from Sacramento in 2017. She was 78. Her family said she suffered an aortic tear after enjoying a day full of activities. In May, the AAUW Sacramento Scholarship Fund received a $6,000 donation from Scott Rasmussen, a principal partner of Sacramento-based Ravel Rasmussen Properties, in memory of his mother. He said the family plans to make annual contributions to AAUW scholarships that will be given in her name.

In the early 1970s, Charlene Rasmussen was a single mother raising two boys. She worked at Sears in Florin Mall and was studying government at California State University, Sacramento, in the evenings.

In 1974, based on her undergraduate work and with the support of an AAUW scholarship, Rasmussen was admitted to the graduate program in urban and regional planning at the University of Sheffield in England.

“She was always very grateful for what you (AAUW) did for us,” Scott Rasmussen said.

He and his brother, Brian — ages 14 and 9 at the time — spent the year with their mother in England, and were able to tour England and France with her. It was a life-changing experience for all three, Scott Rasmussen said.

“It profoundly affected my entire outlook … I have a world view that I would not have had,” he said.

The family returned to Sacramento, and Charlene Rasmussen went to work as a budget analyst in the Sacramento County Executive’s Office. She retired in 2003.

Scott Rasmussen said his mother had a tremendous respect for government and people who devote their careers to public service.  She kept up on current events in retirement, and also proved to be an astute investor in the real estate and stock markets, her son said.

The family requests that any donations in Charlene Rasmussen’s memory be made to her favorite charities: Sacramento State University; the University of Sheffield; and AAUW Sacramento.

Three Sacramento-area students have been selected to receive a total of $10,000 in AAUW Sacramento scholarship funds for the 2021-22 academic year.

pandemic – including the loss of part-time jobs for some students – the Scholarship Committee opted to award fewer, but larger scholarships this year.

Mariana Arellano, 33, plans to attend California State University, Sacramento, this fall, majoring in nursing. She is the mother of two children and is the first member of her family to attend college. Her goal is to become an ER nurse and eventually a nurse practitioner. Because the tuition at the university is significantly higher than at a community college, the committee decided to award Mariana a $4,000 scholarship, with $1,500 to be paid in the fall and $2,500 at the beginning of the spring semester.

Merranda Kairn, an accounting major at American River College, and Hassina Paiman, a nursing student at Folsom Lake College, were each awarded a $3,000 scholarship.

Merranda, 26, seeks a bachelor’s degree in business accounting and a CPA license, with the initial goal of working as a state budget analyst. Her dream, long term, she said, is to be “the CFO of a respectable company.” She is the mother of two children.

Hassina, 34, also has two children and plans to become a registered nurse. She said she would like to combine nursing experience with her interest in business to pursue a financial management position in the medical field.

We look forward to hearing from the three recipients during a virtual or in-person branch meeting this fall. Our thanks to branch members for your generous support of the scholarship program through regular contributions, memorial gifts and bequests. We are pleased to announce that one of the scholarships this year will be given in memory of longtime branch member and past president Ruth Ann Hines.

AAUW Sacramento is accepting scholarship applications for the 2021-22 academic year.

Thanks to the generosity of our members, the branch is offering $2,000 scholarships to women age 25 and older who are pursuing their first baccalaureate degree at American River College, Cosumnes River College, Sacramento City College, Folsom Lake College or California State University, Sacramento. The deadline for applications is March 1.

Our scholarship program is listed on the financial aid office websites for the various campuses. Information also has been provided to mentoring organizations, student services centers and community groups, including Women’s Empowerment and Saint John’s Program for Real Change. We encourage members to assist in outreach efforts by passing along information to other organizations and individuals that might be interested in the scholarship program.

Academic and other criteria for applicants are available at https://sacramento-ca.aauw.net/programs/scholarships. Applications may be completed and supplemental materials submitted using this link.

Prospective applicants may direct questions about the program or application process to Molly Dugan or Cathy Locke at aauwsacscholarship@gmail.com.